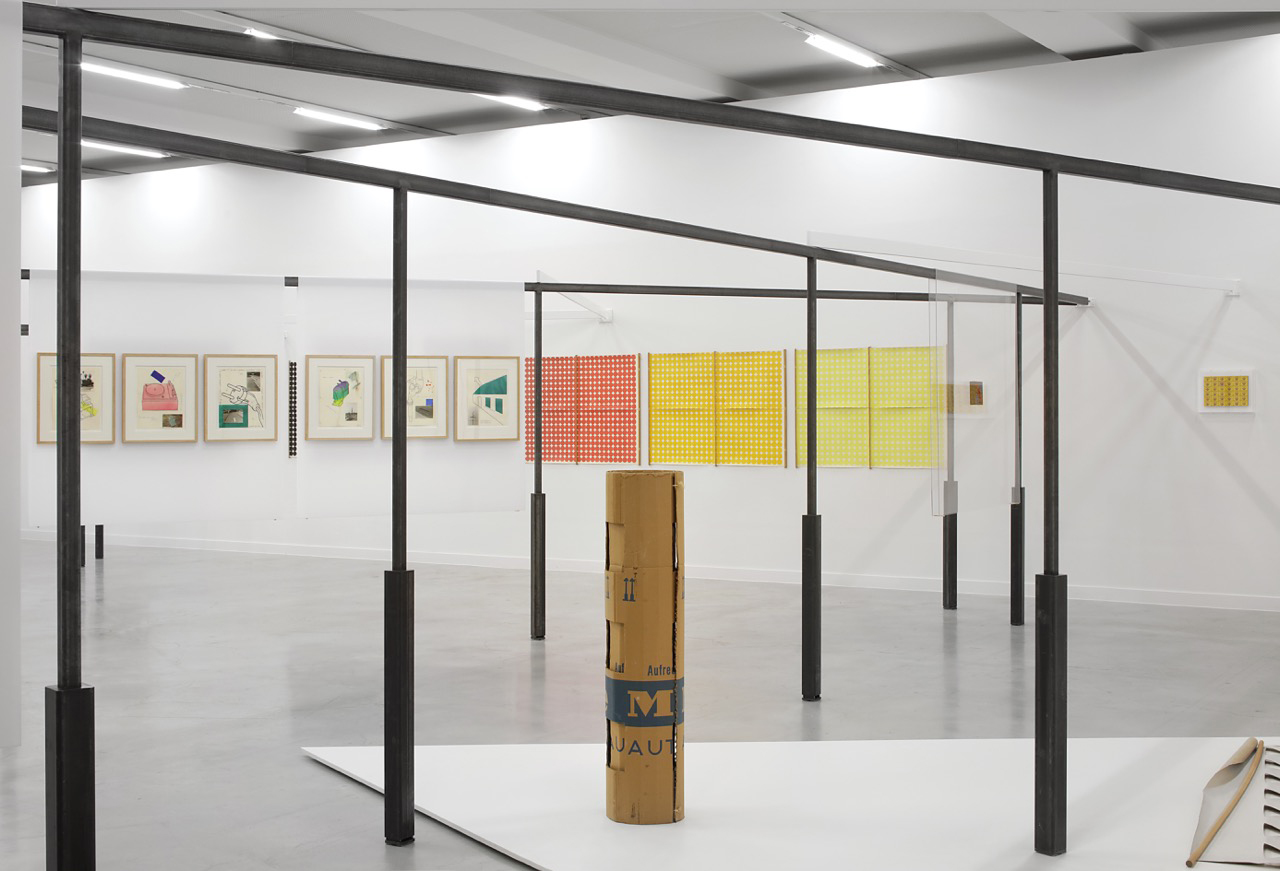 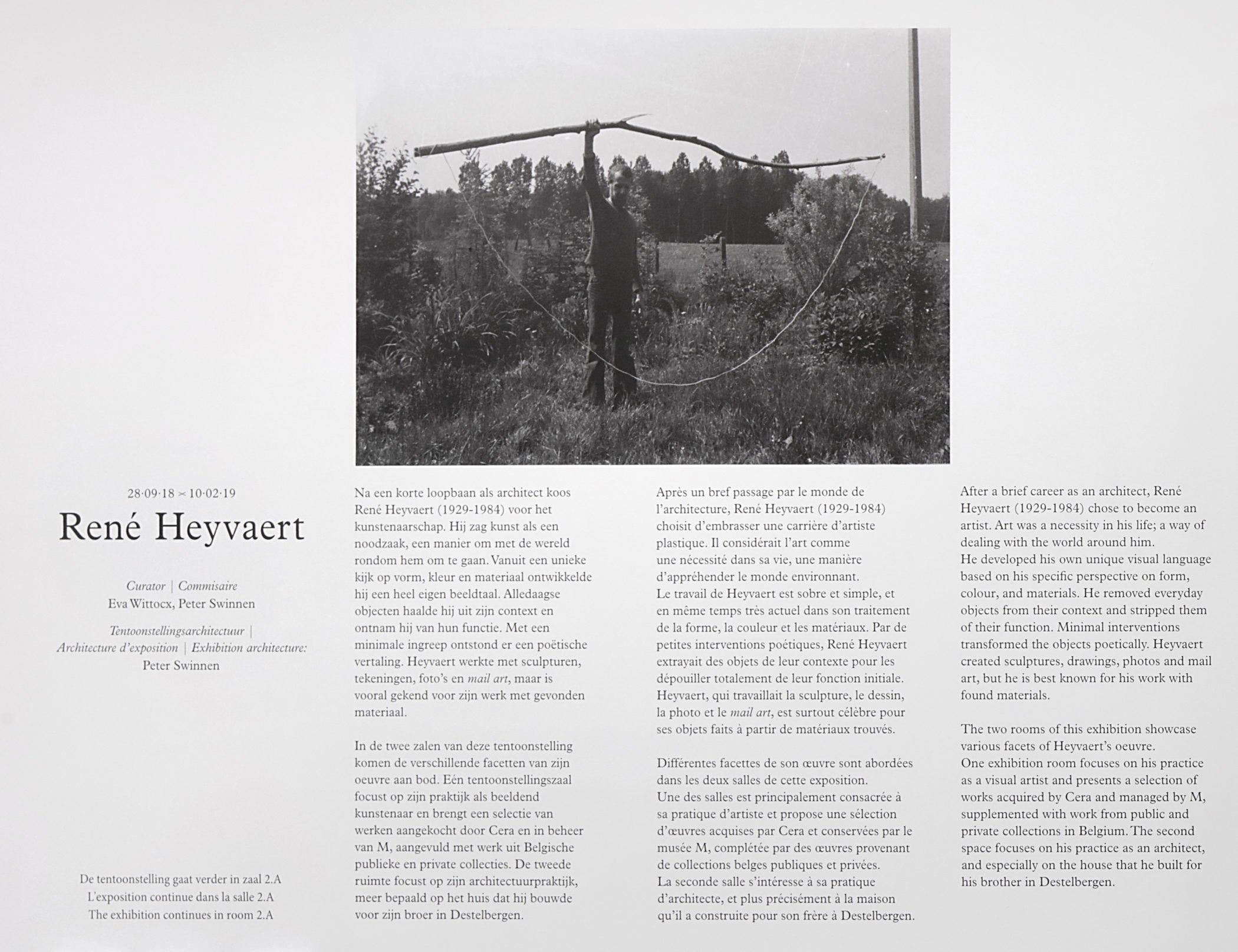 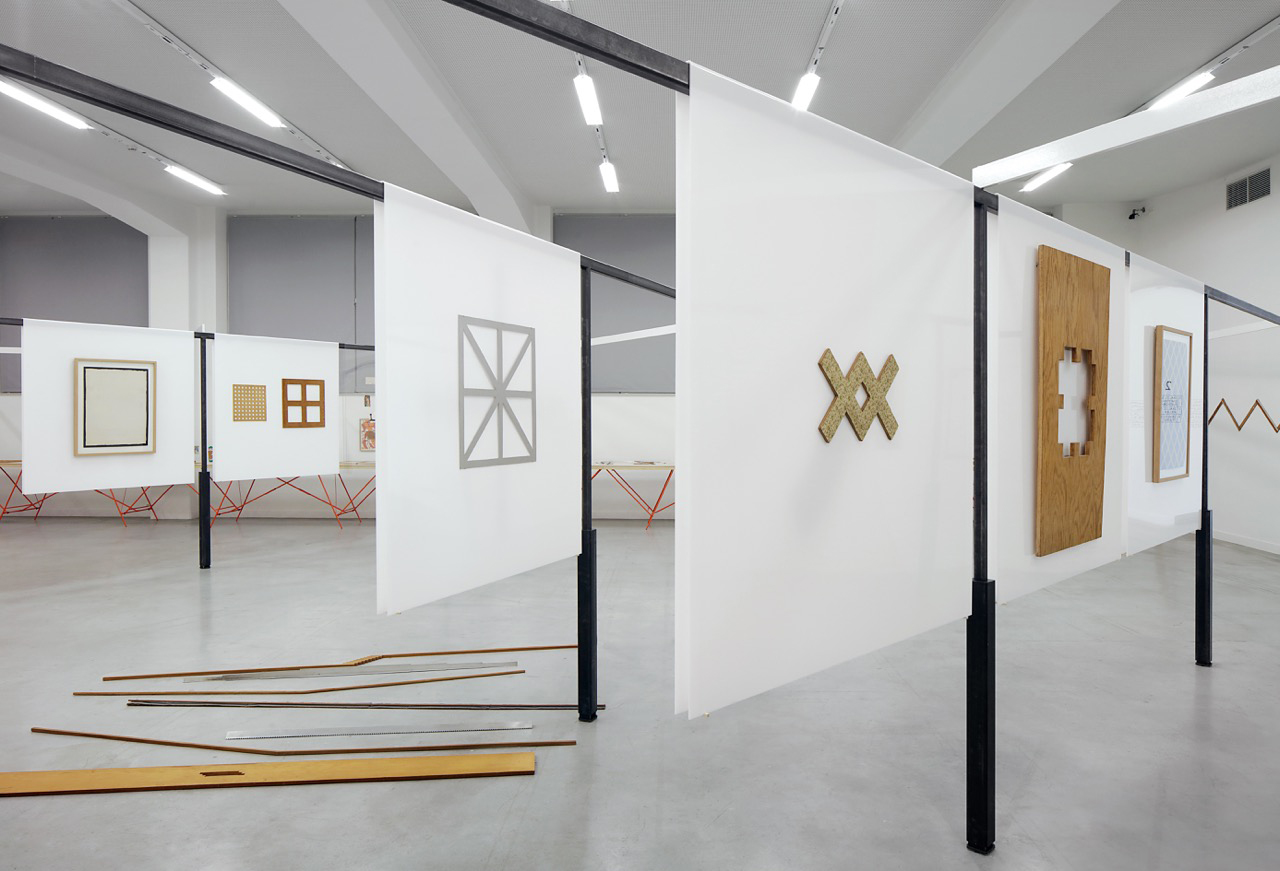 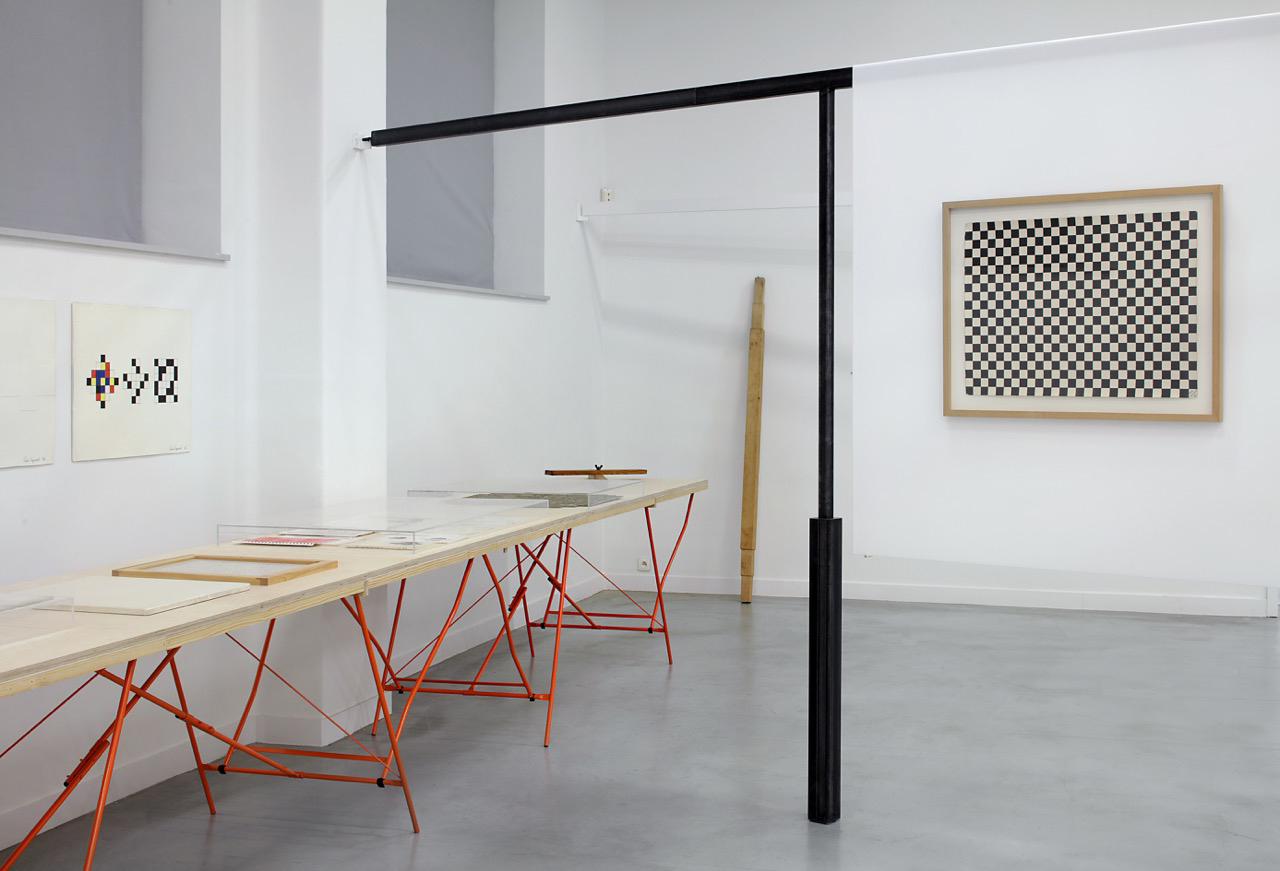 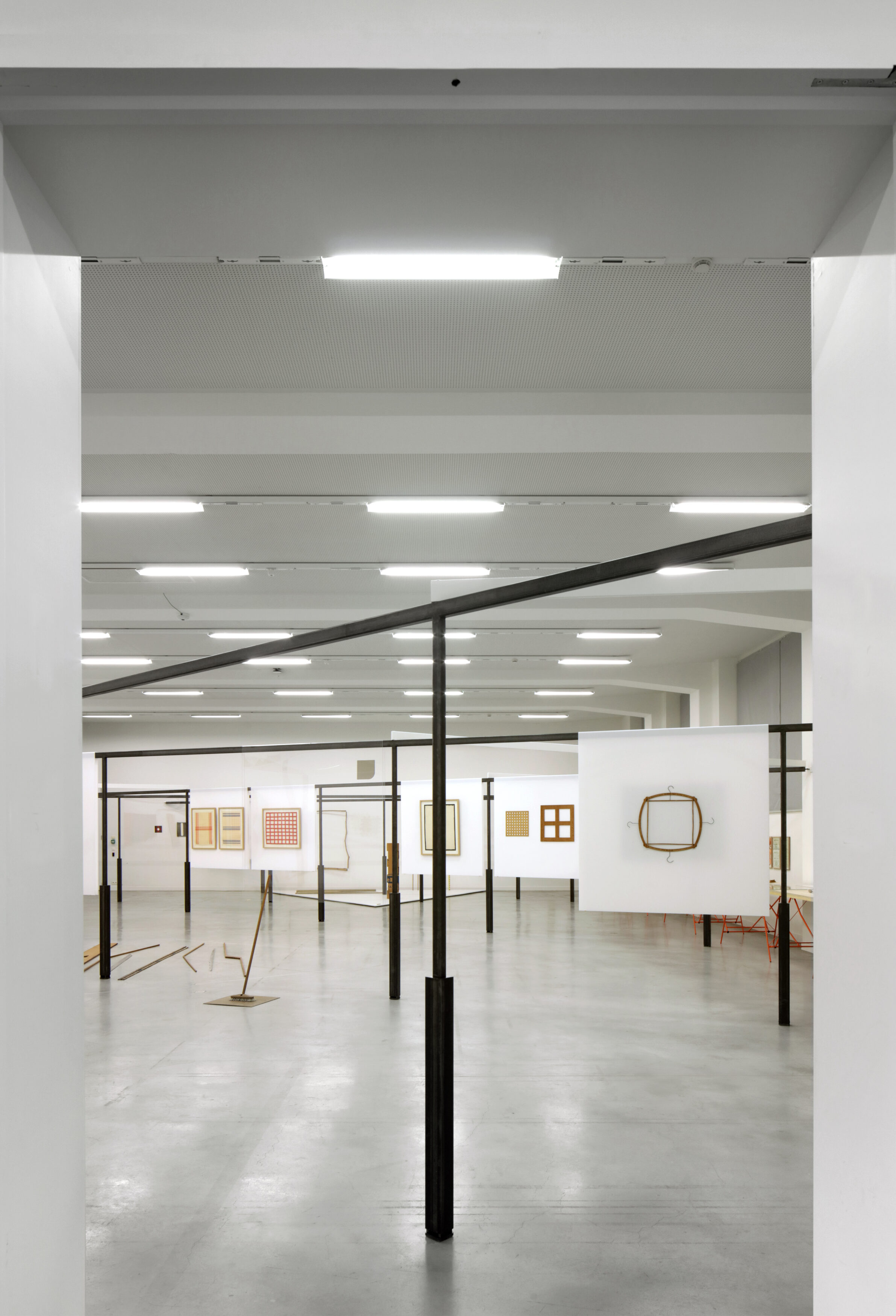 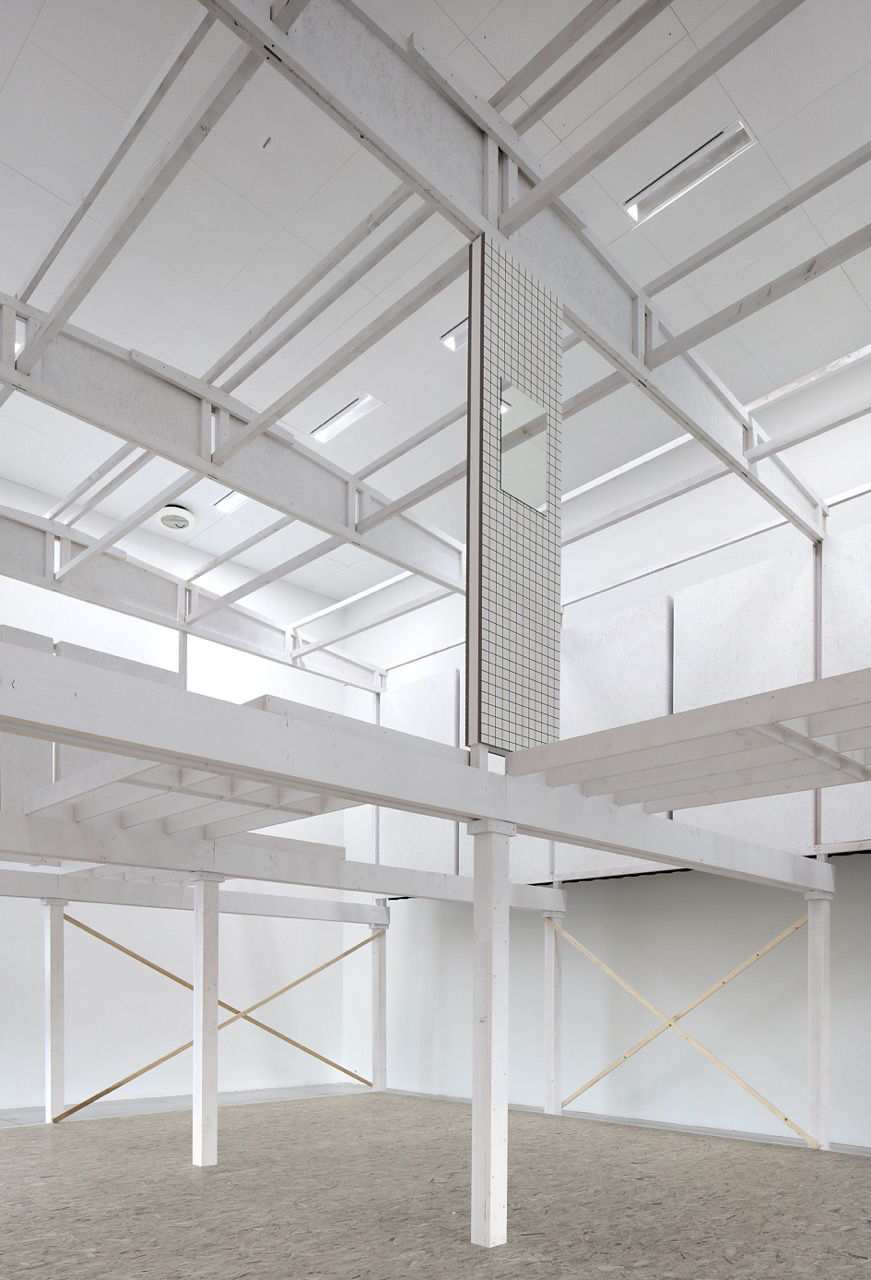 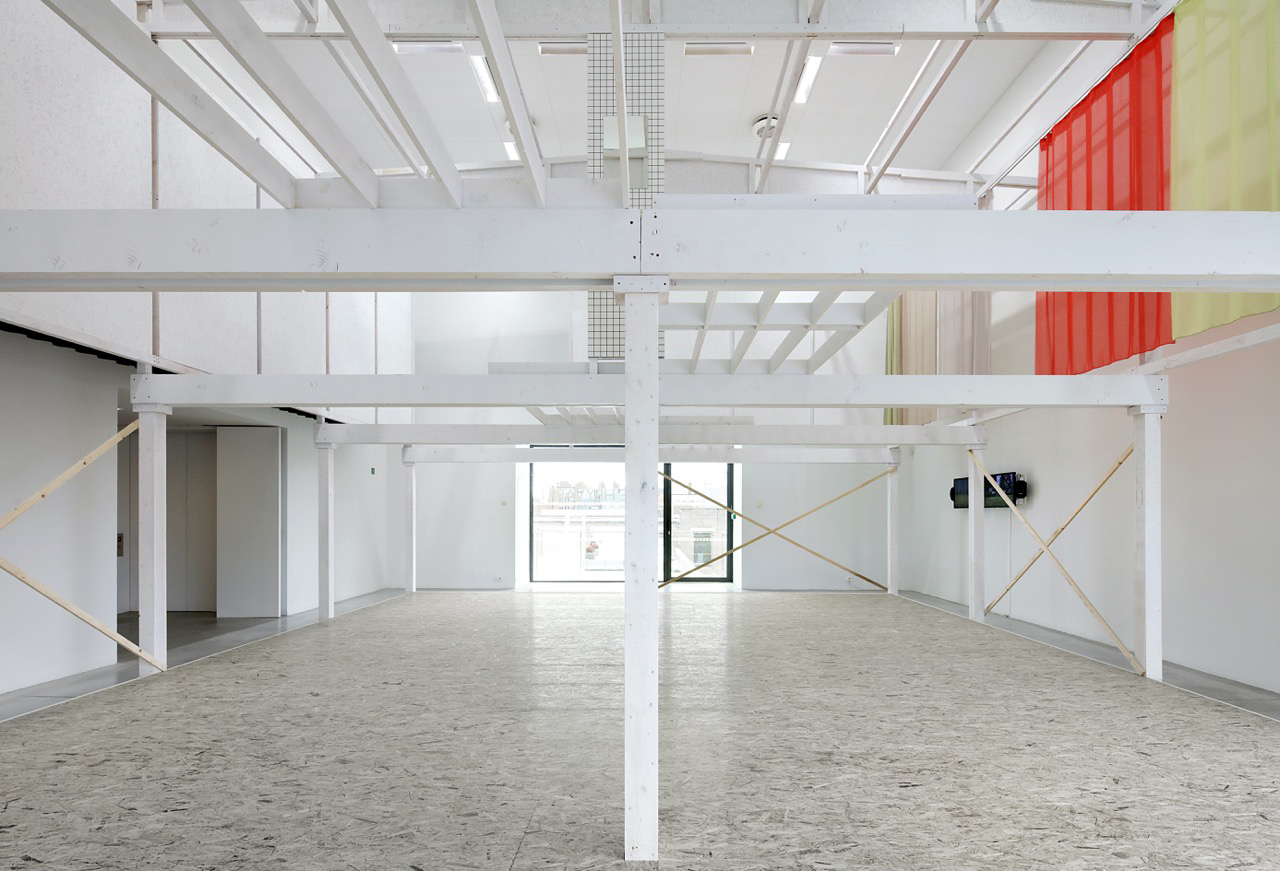 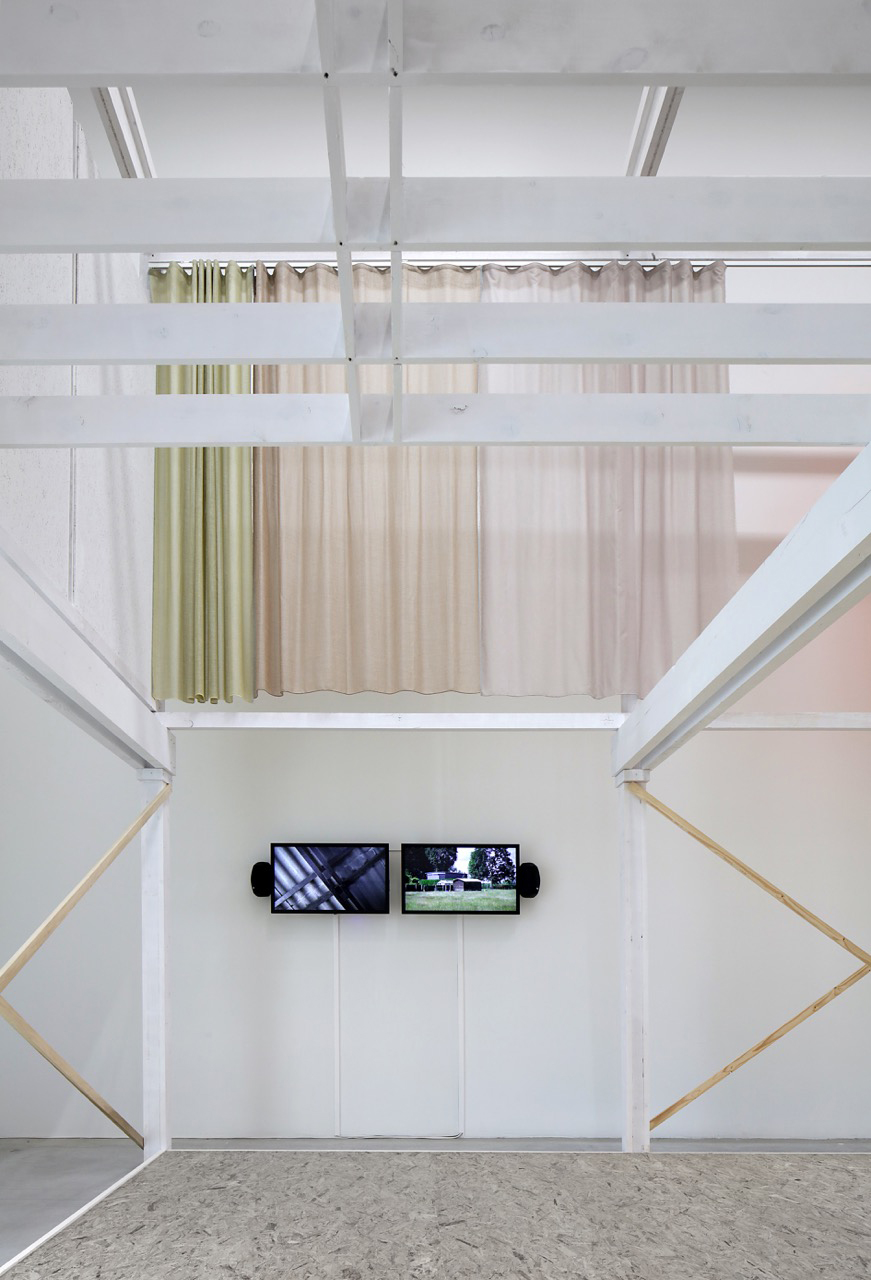 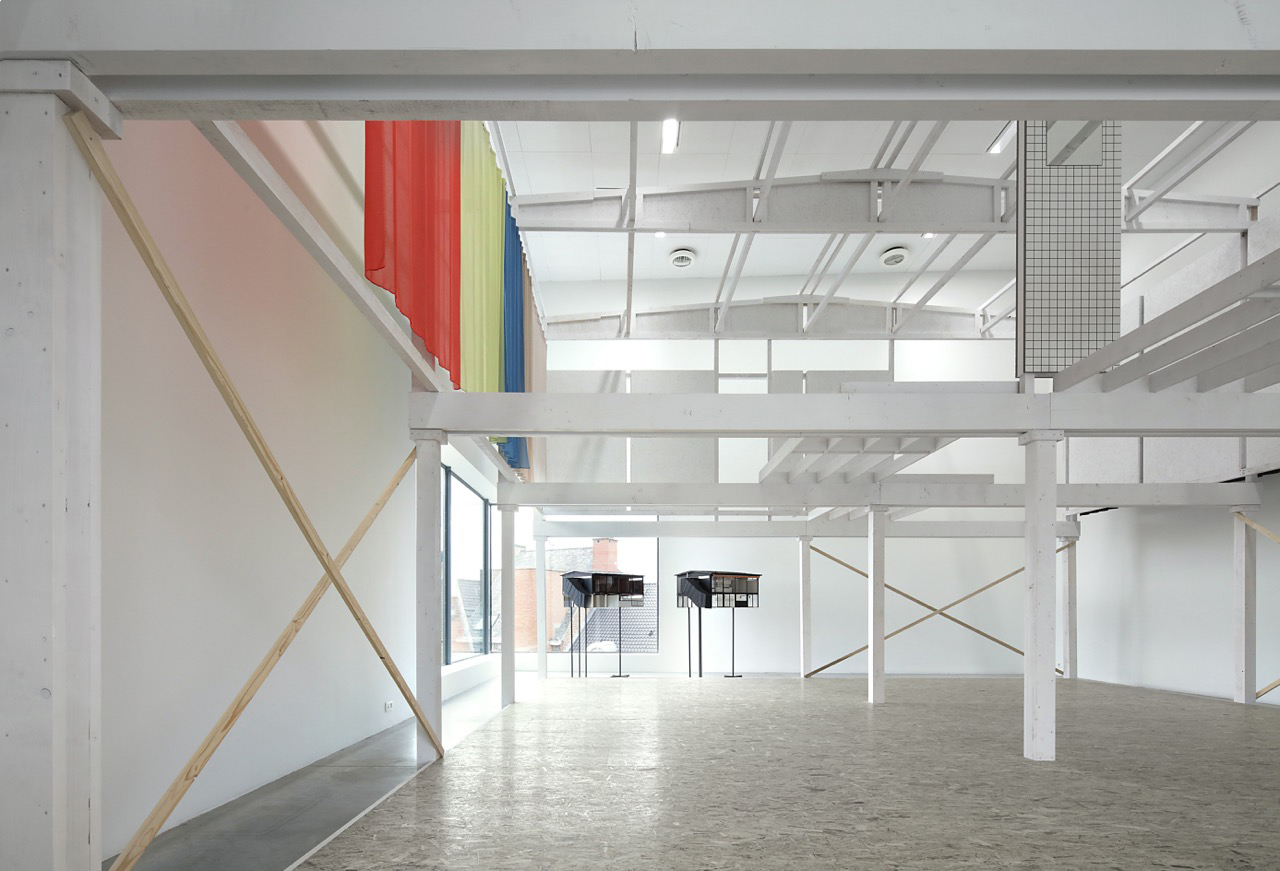 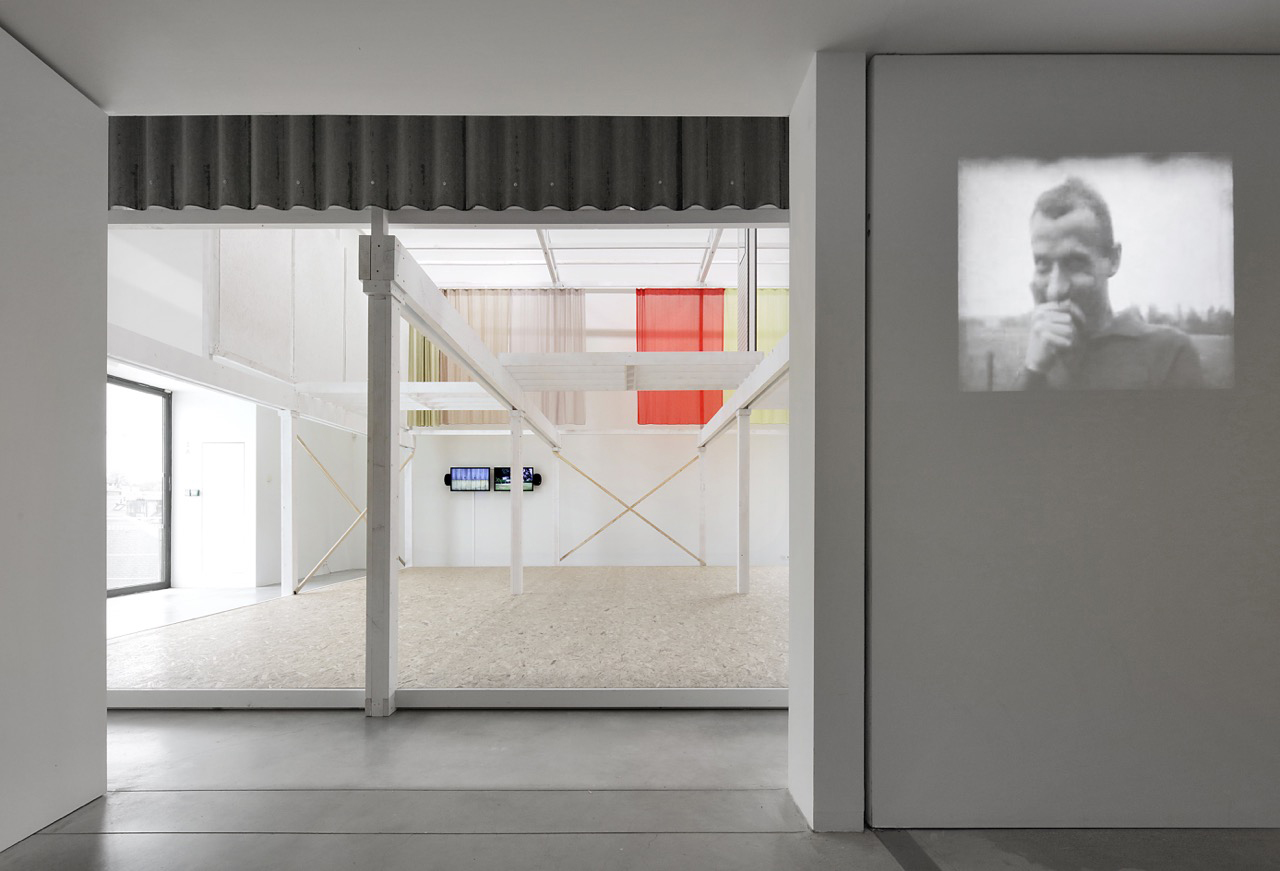 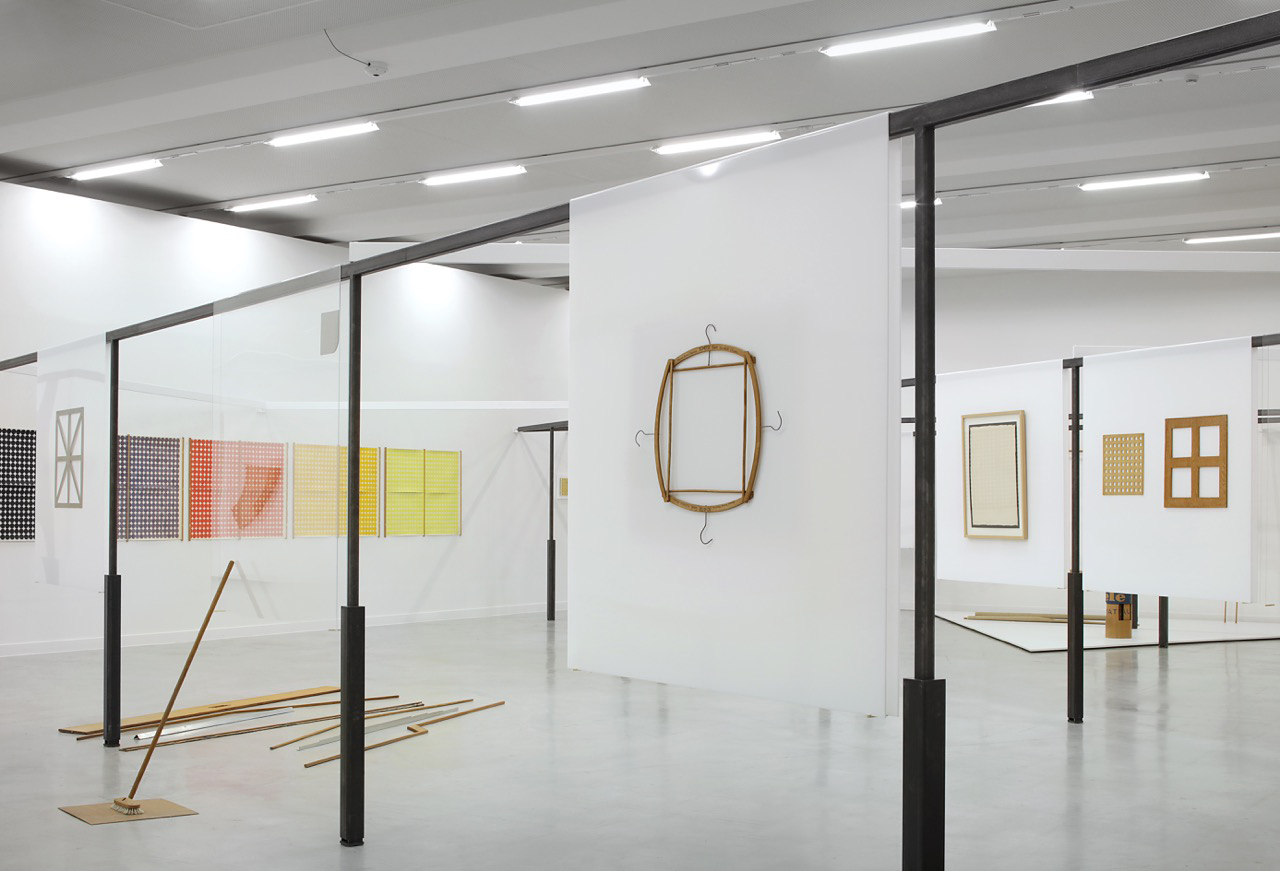 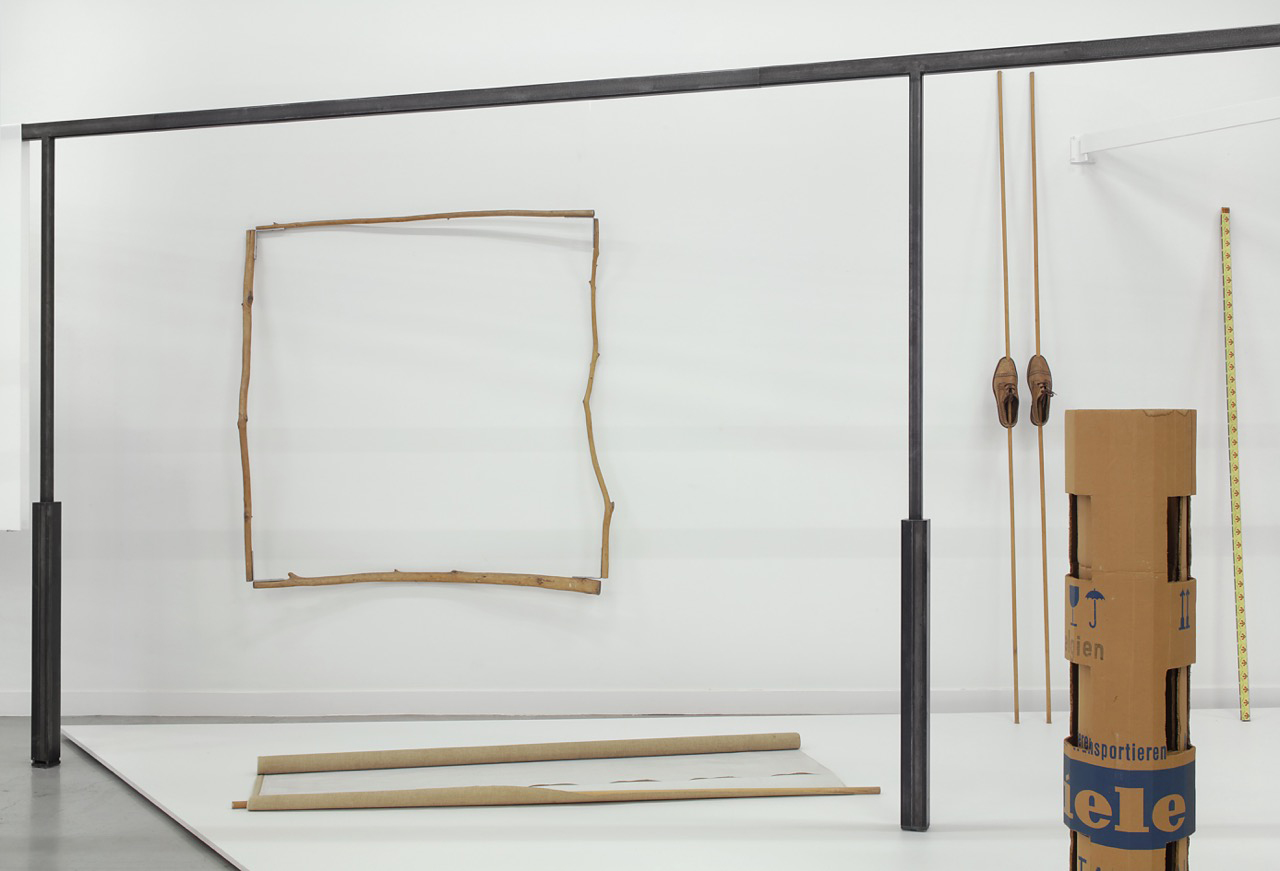 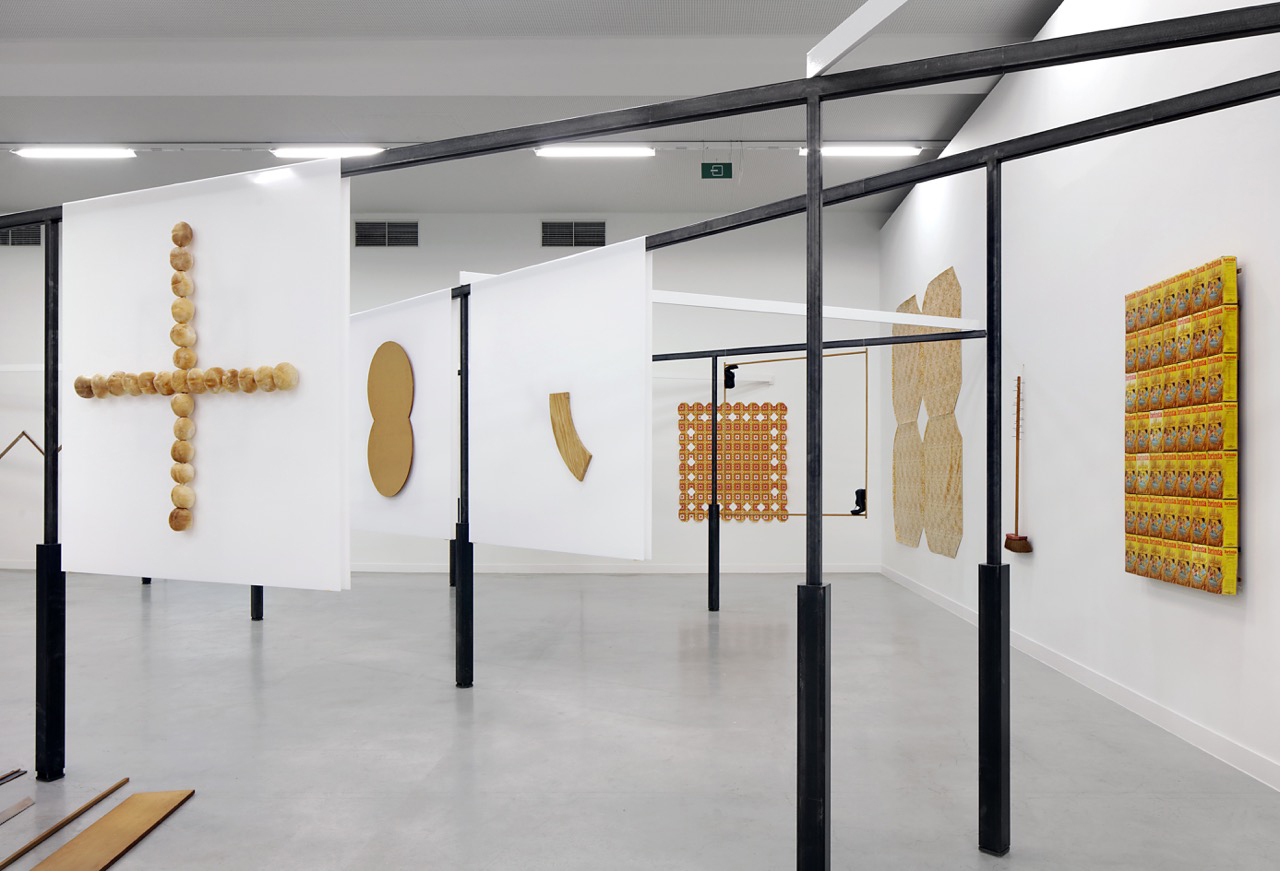 Celebrating artist-architect René Heyvaert is somewhat of a peculiar pleasure. Since his timely passing in 1984 this exhibition represents a first true retrospective show. The career of Heyvaert reads as an uneven balance. The first 14 years he worked as an architect, producing but 10 small scale buildings. The subsequent 15 years as an artist however were extremely productive, resulting in a panopticum of fragile art pieces. The Musuem M show voluntarily separated the architectural production from his artistic oeuvre. For the architectural review a 1/1 scale wooden model of the Heyvaert house was built, allowing the public to experience the scale and intimate sensitivities in real-time. The second room presented over 150 art pieces set in a made-to-measure scenography of steel frames and pending plexiglass canvases. A 50 mins. documentary on Heyvaert’s work and life was equally presented to the public.