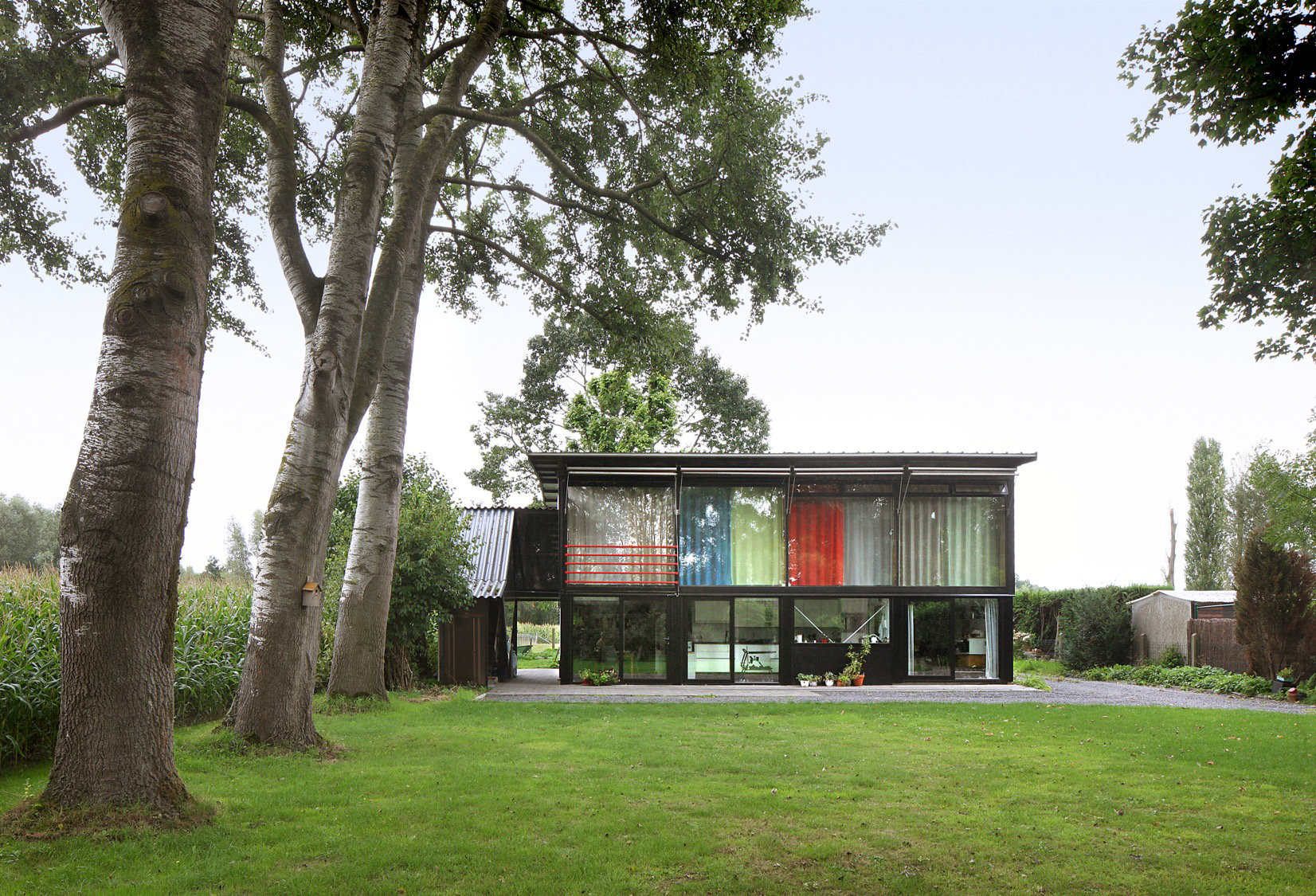 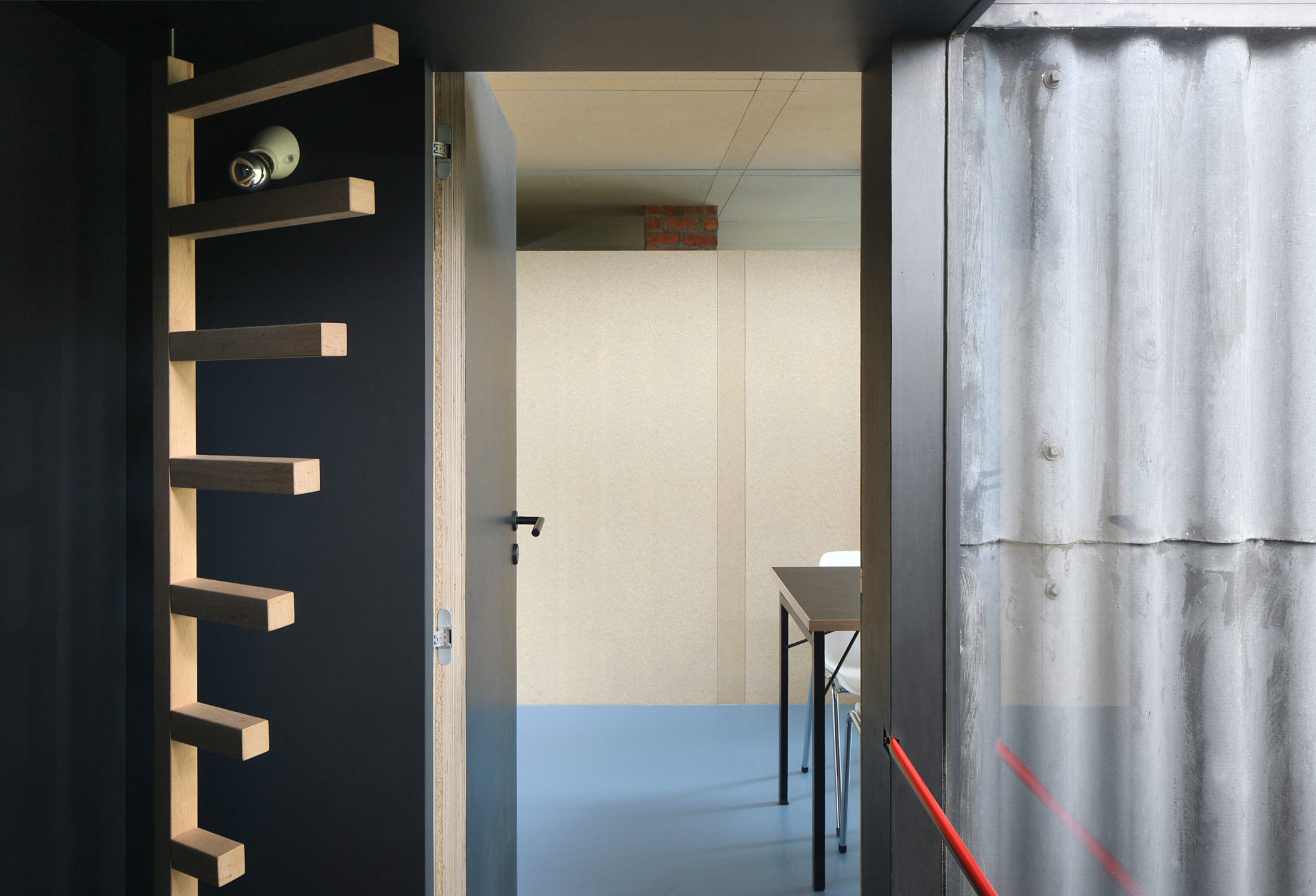 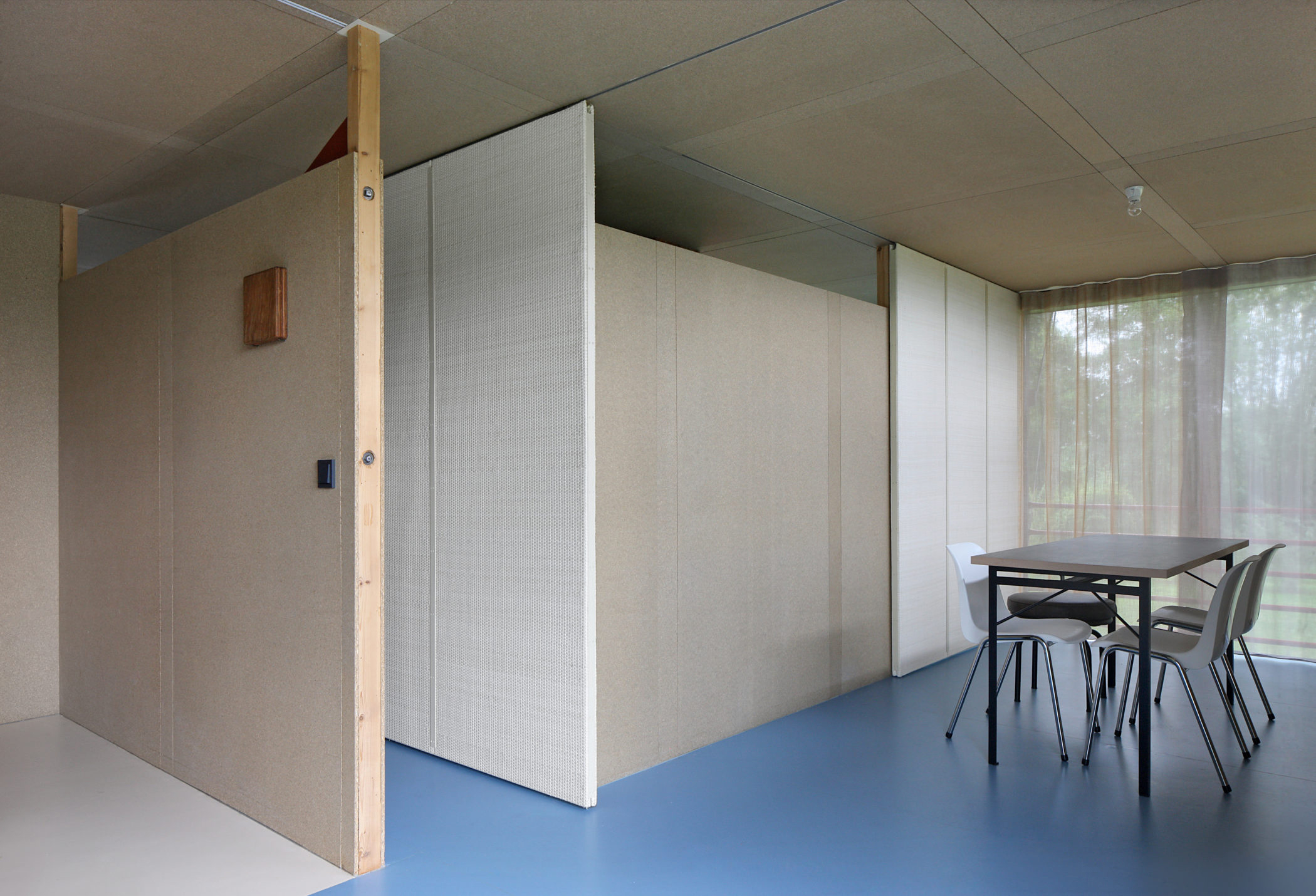 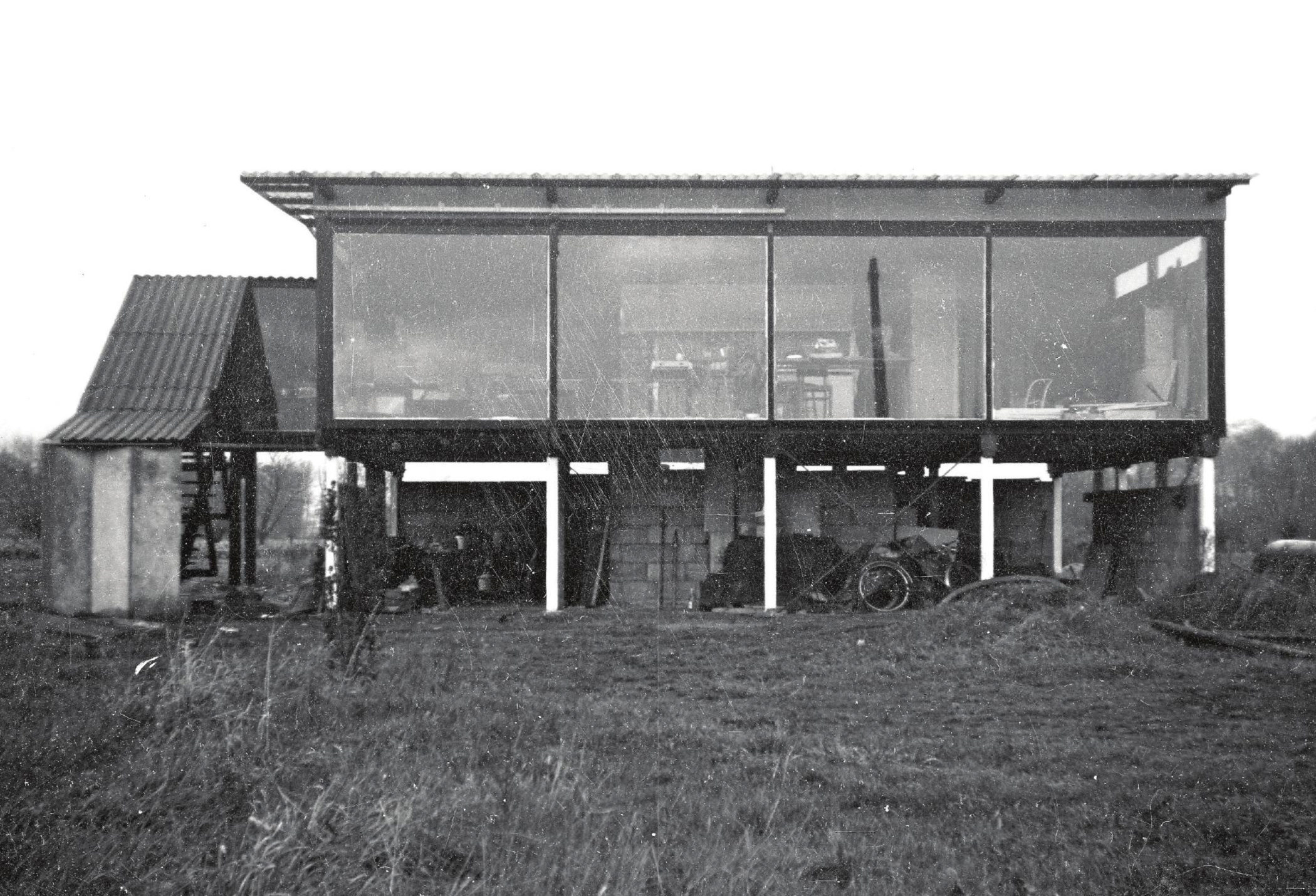 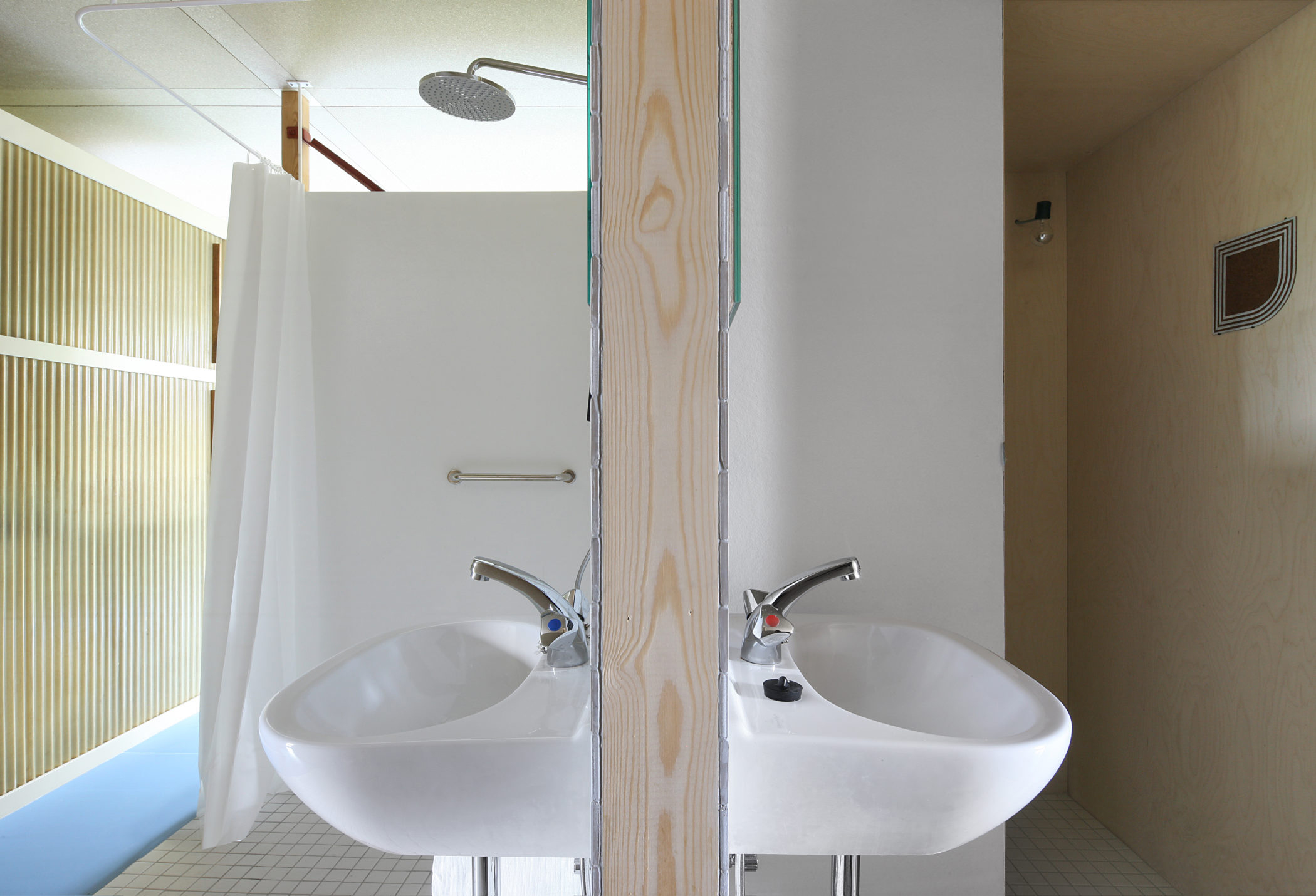 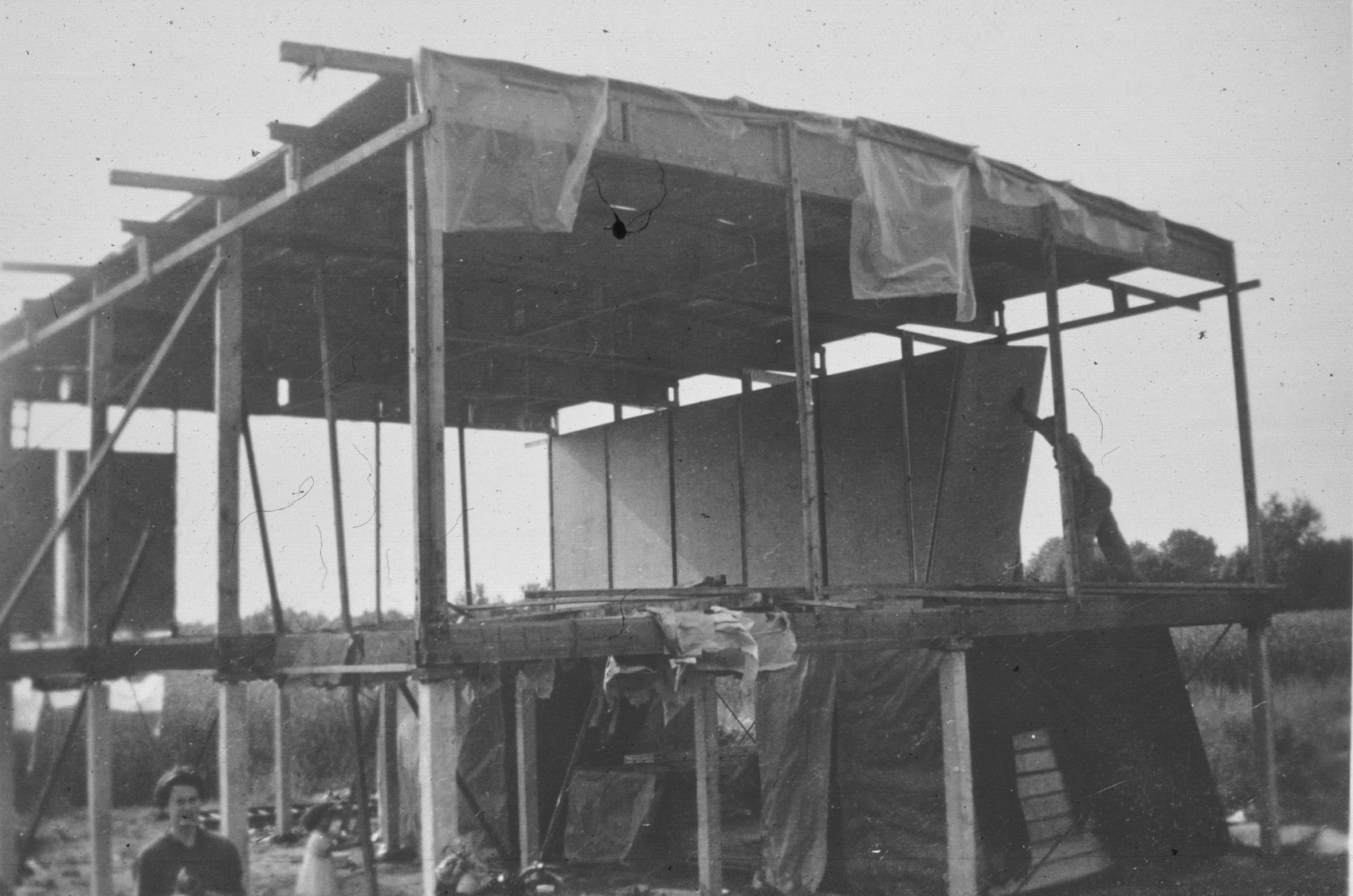 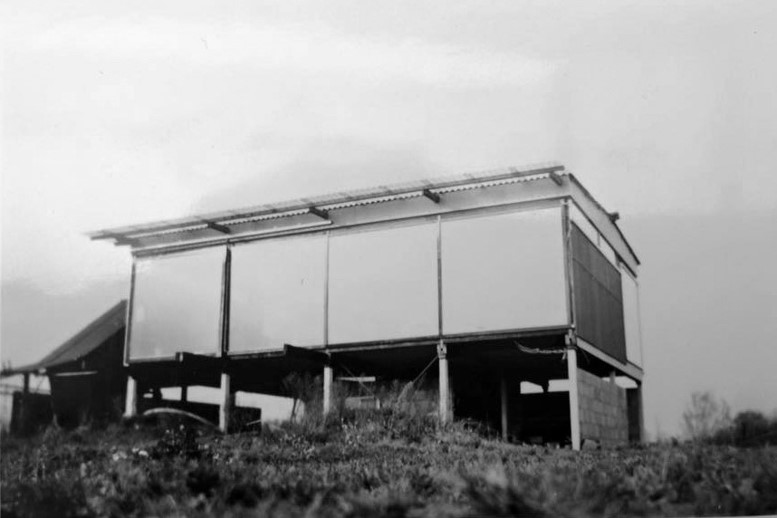 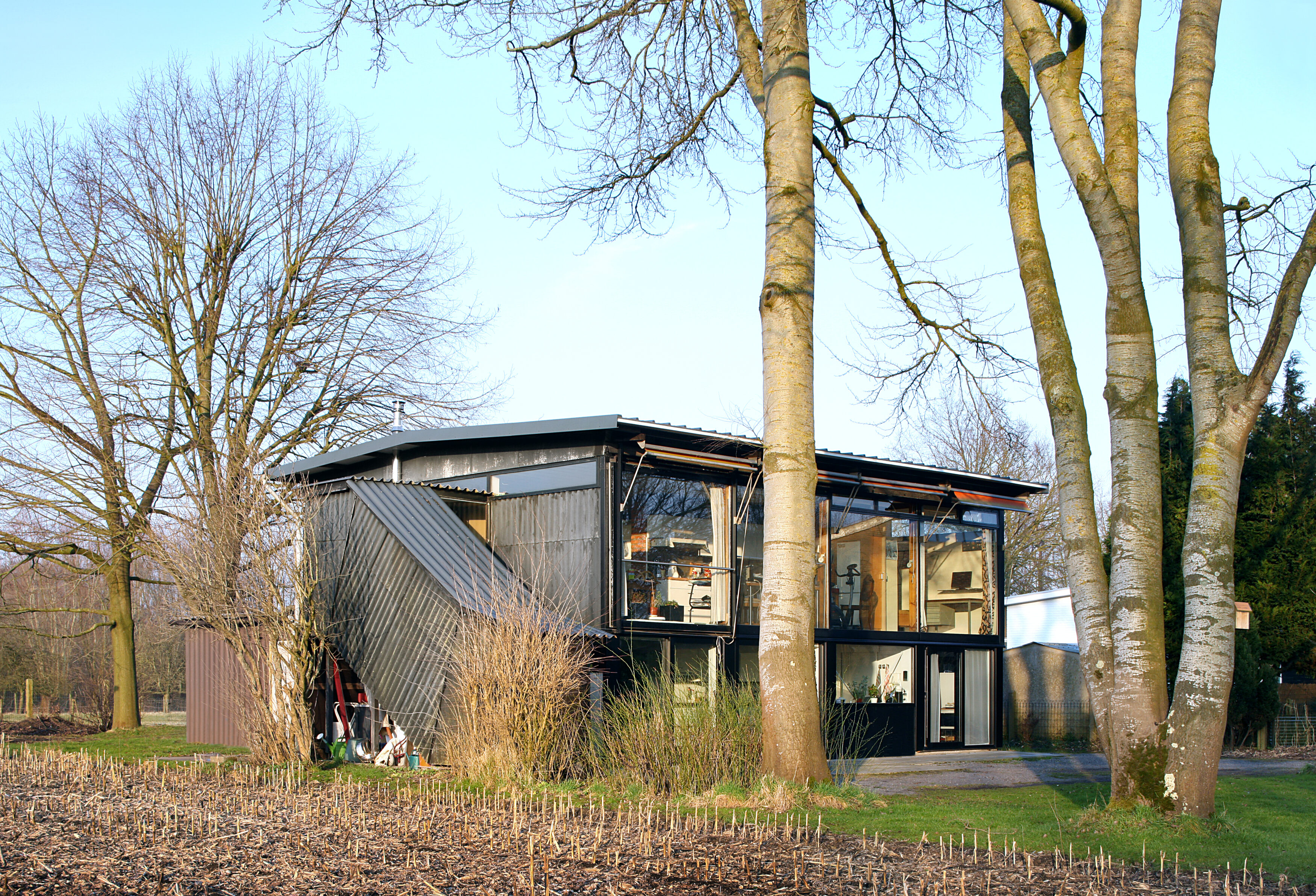 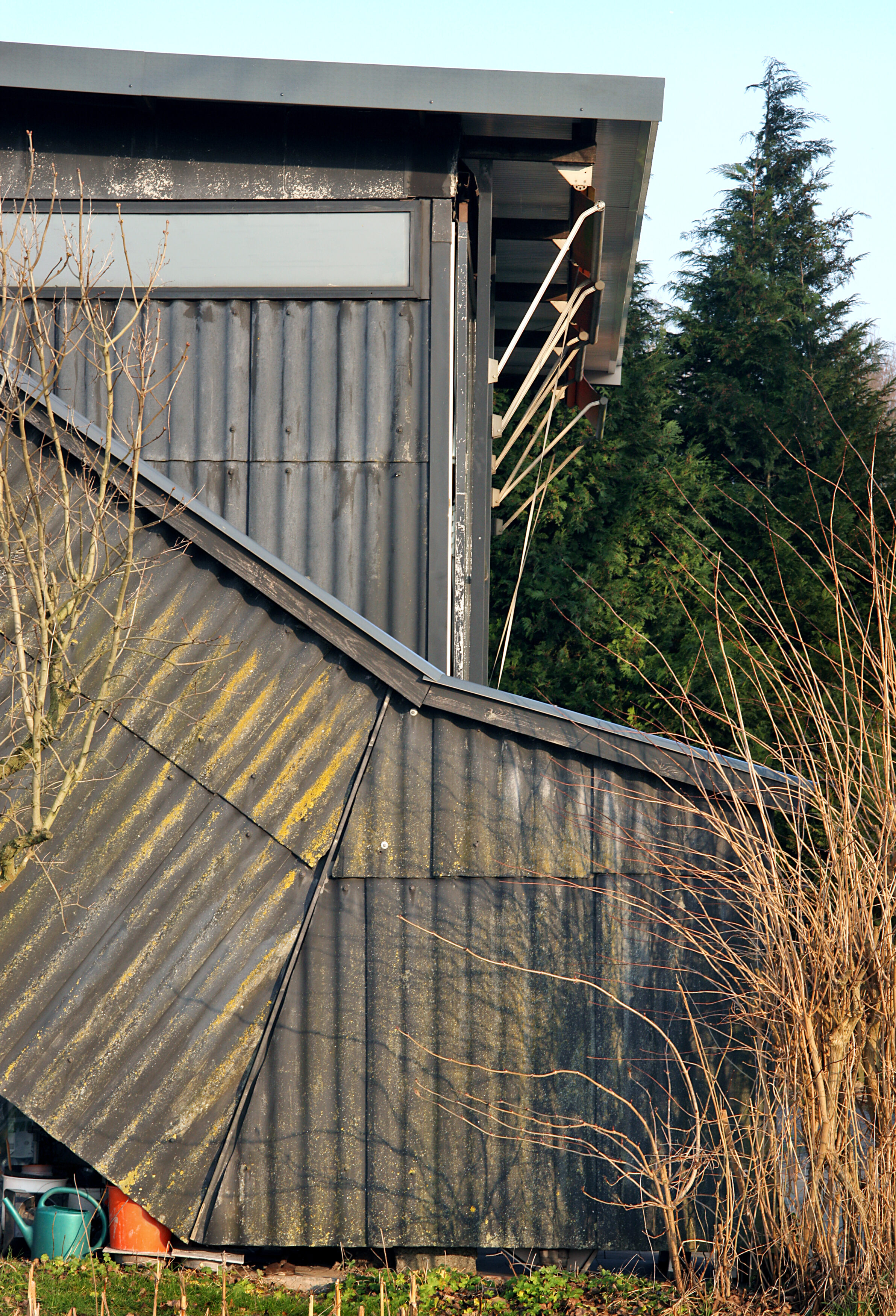 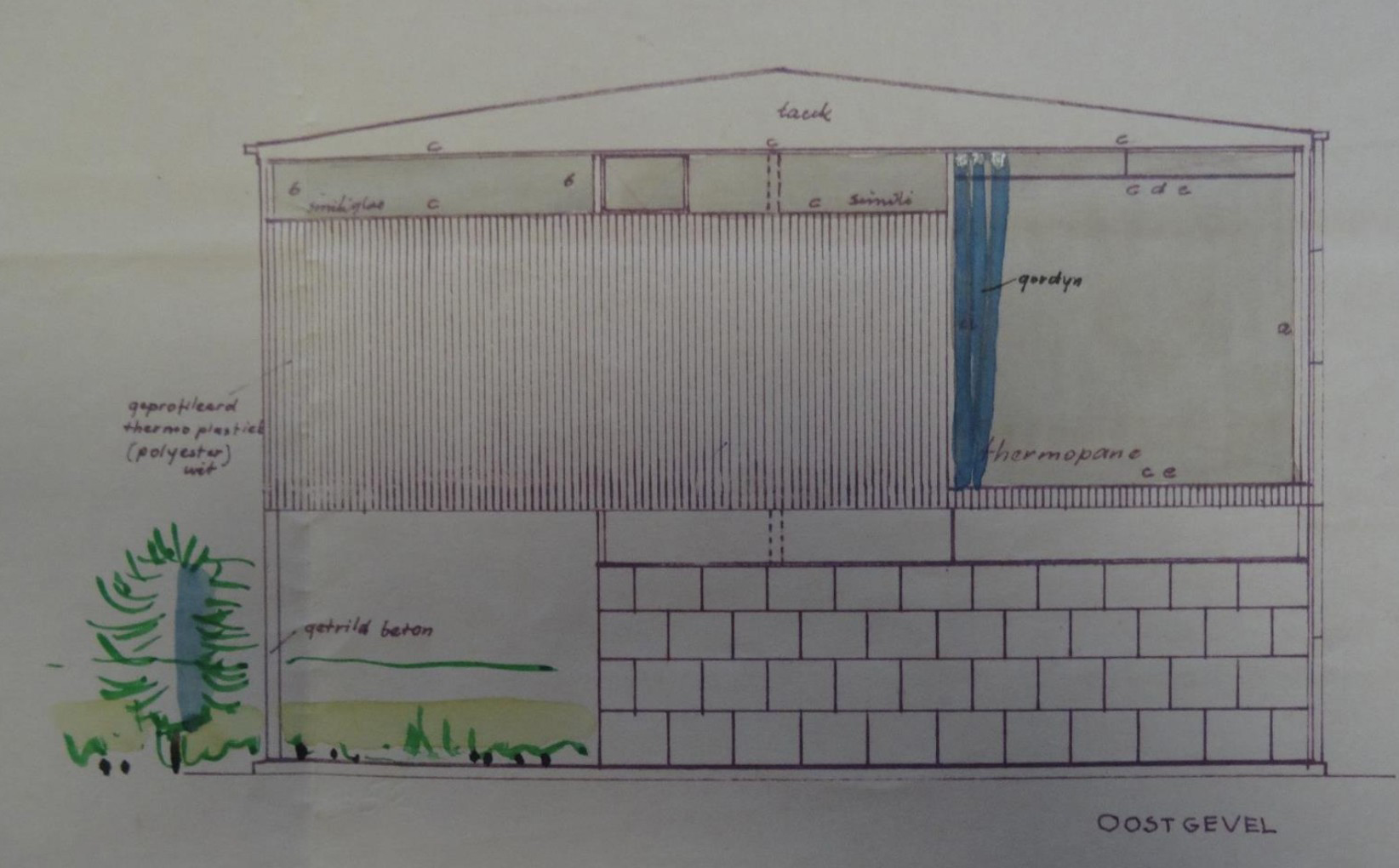 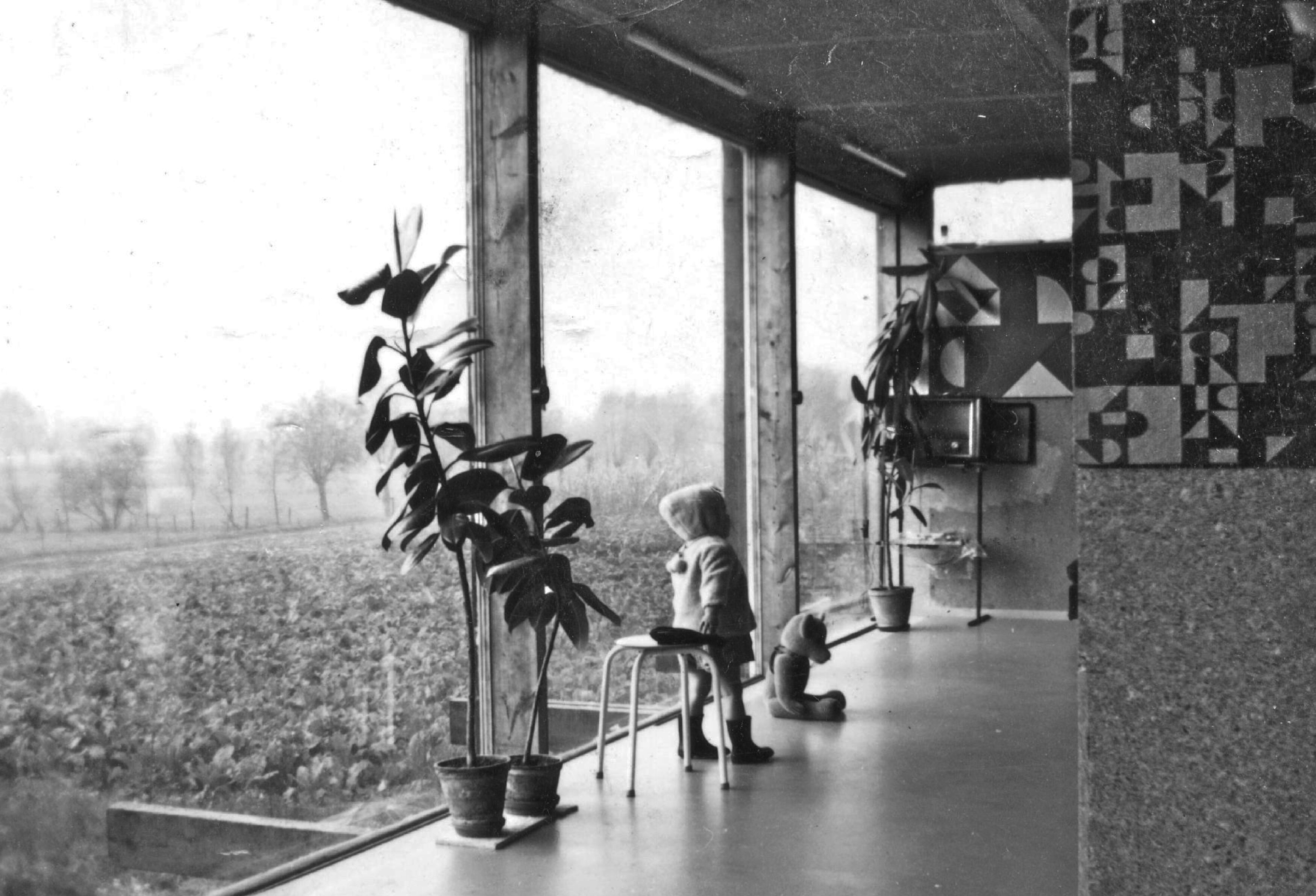 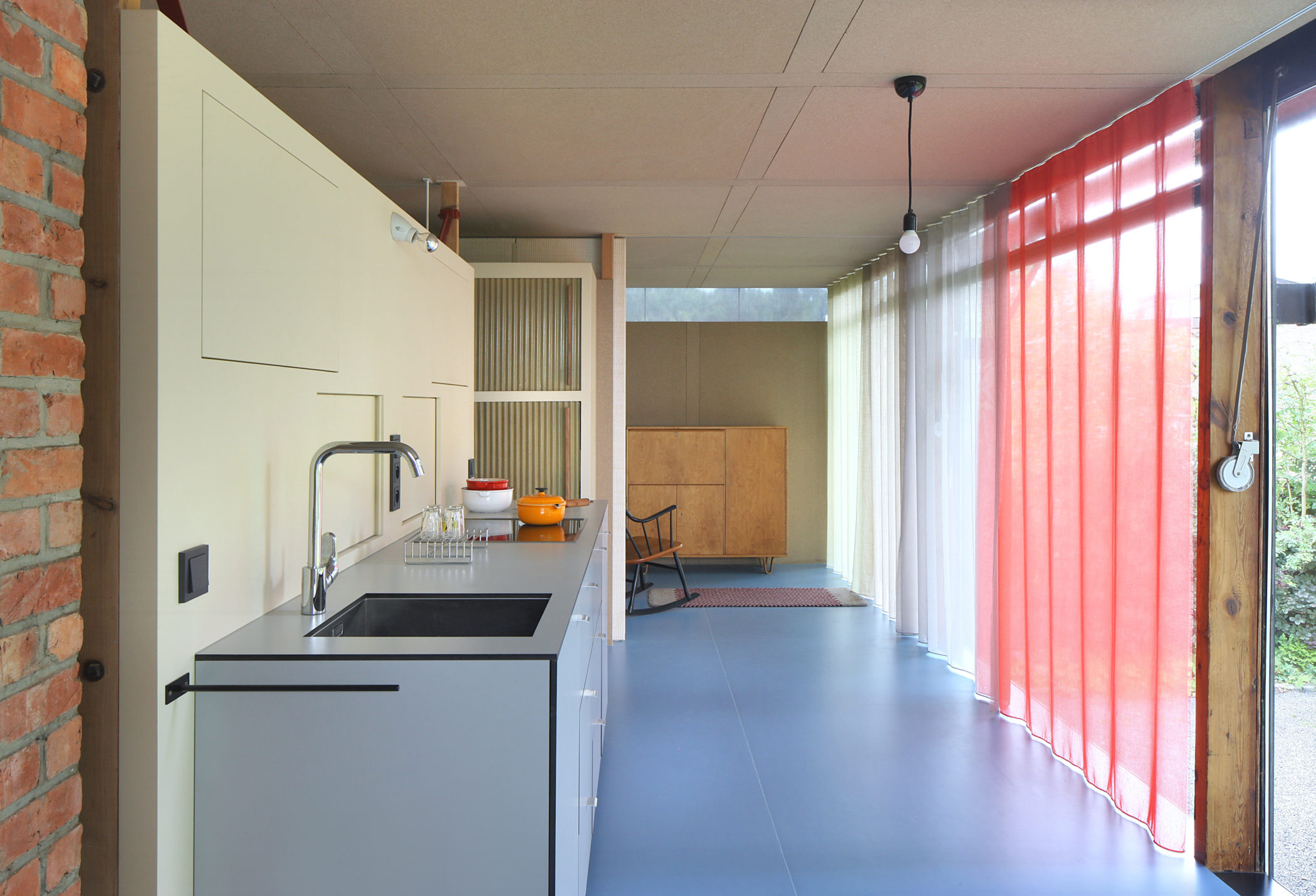 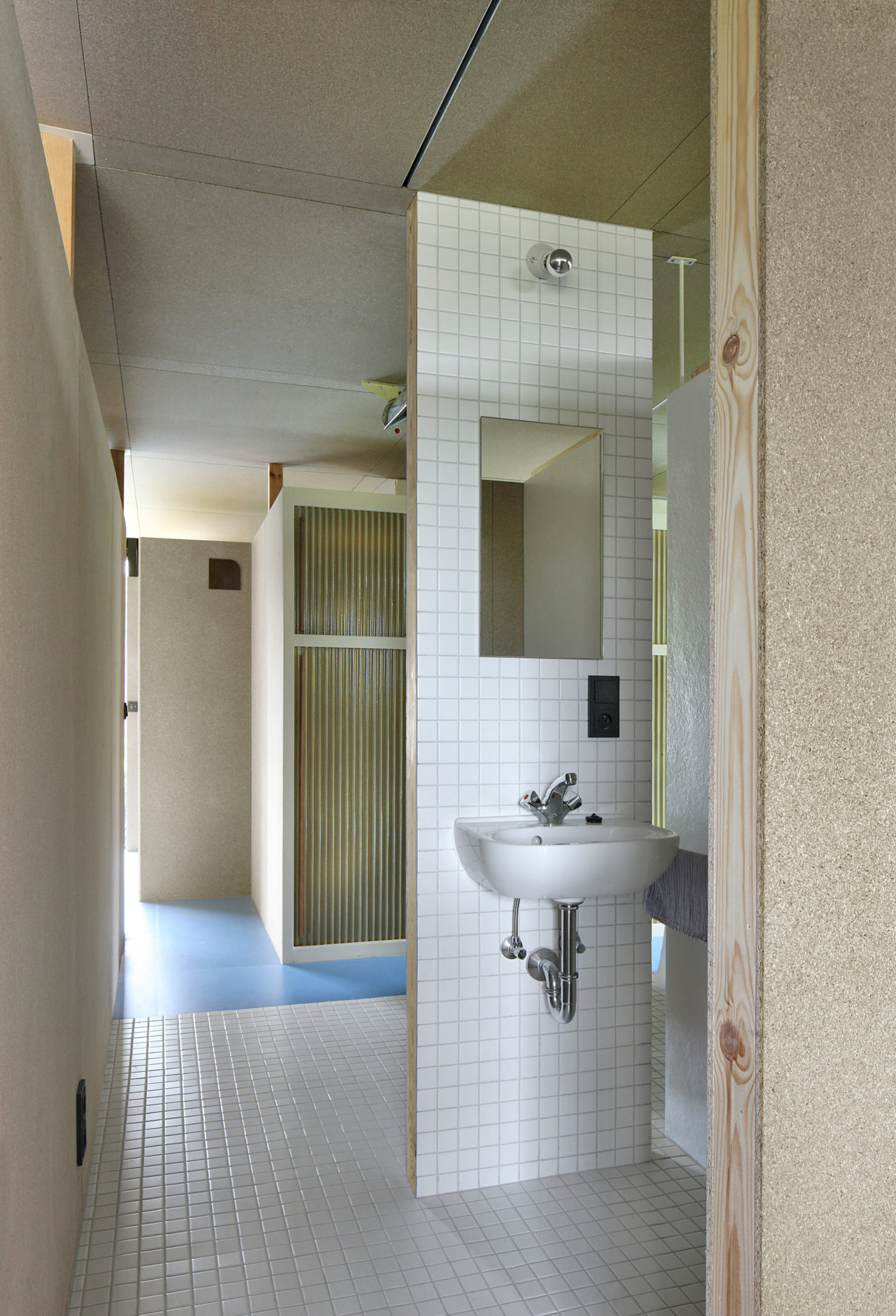 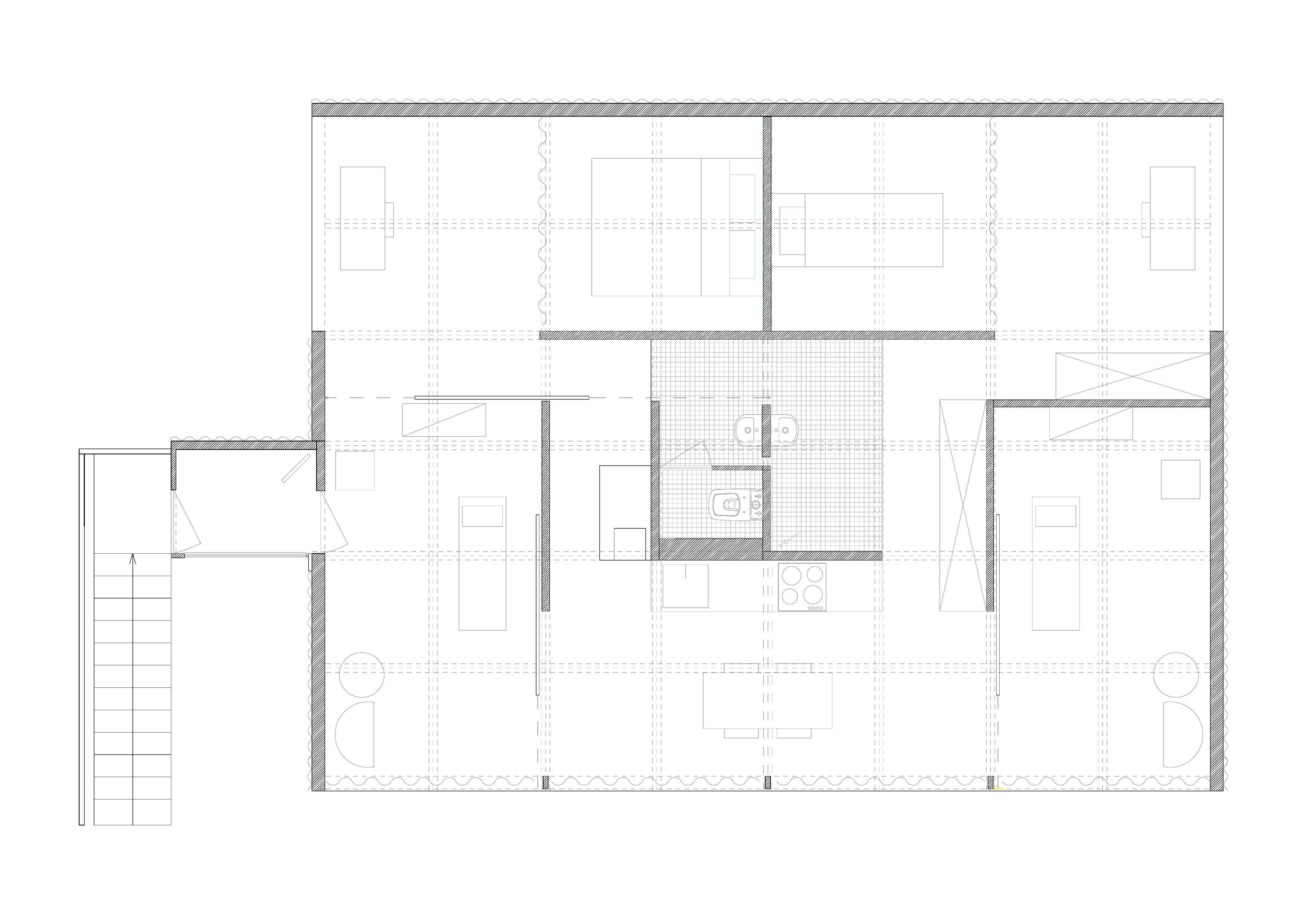 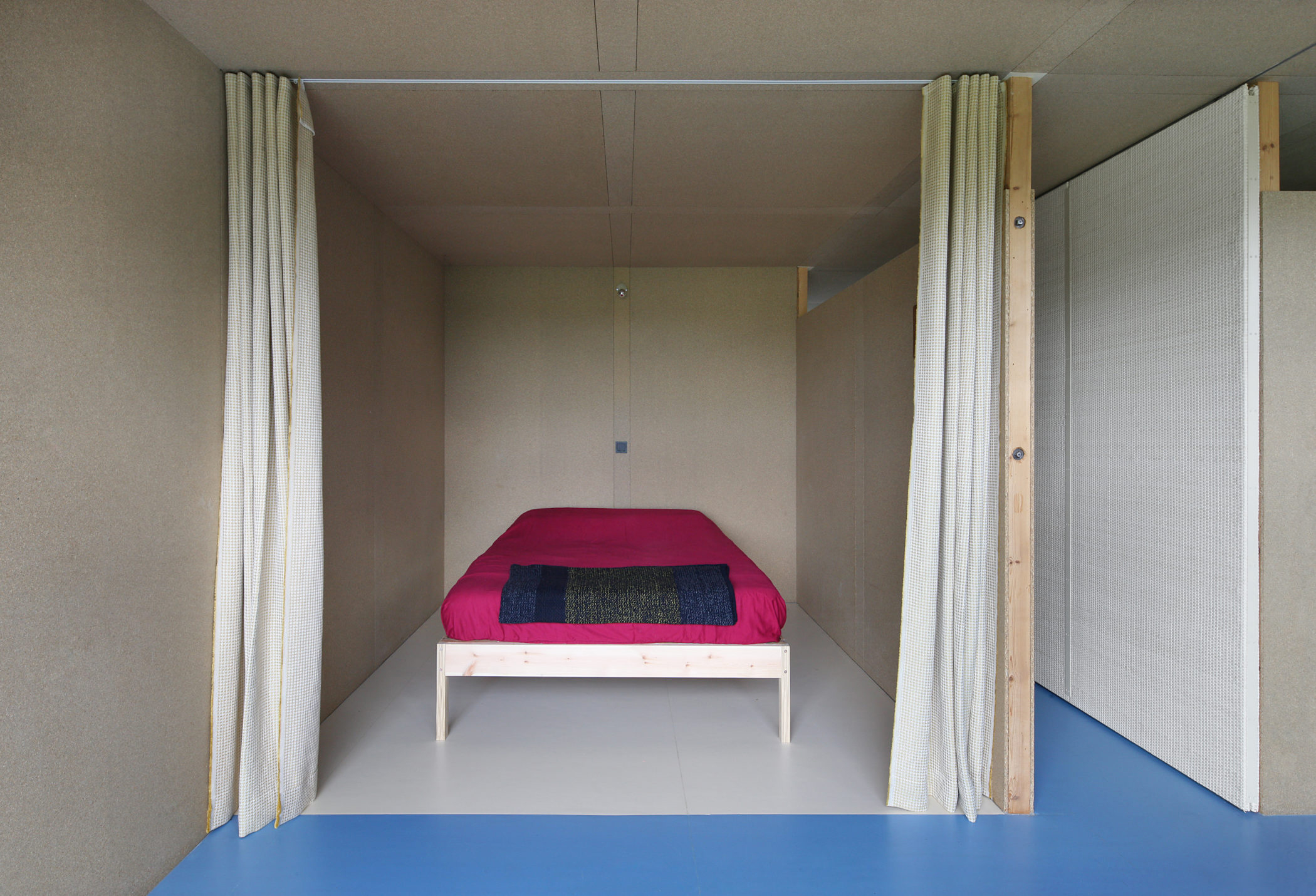 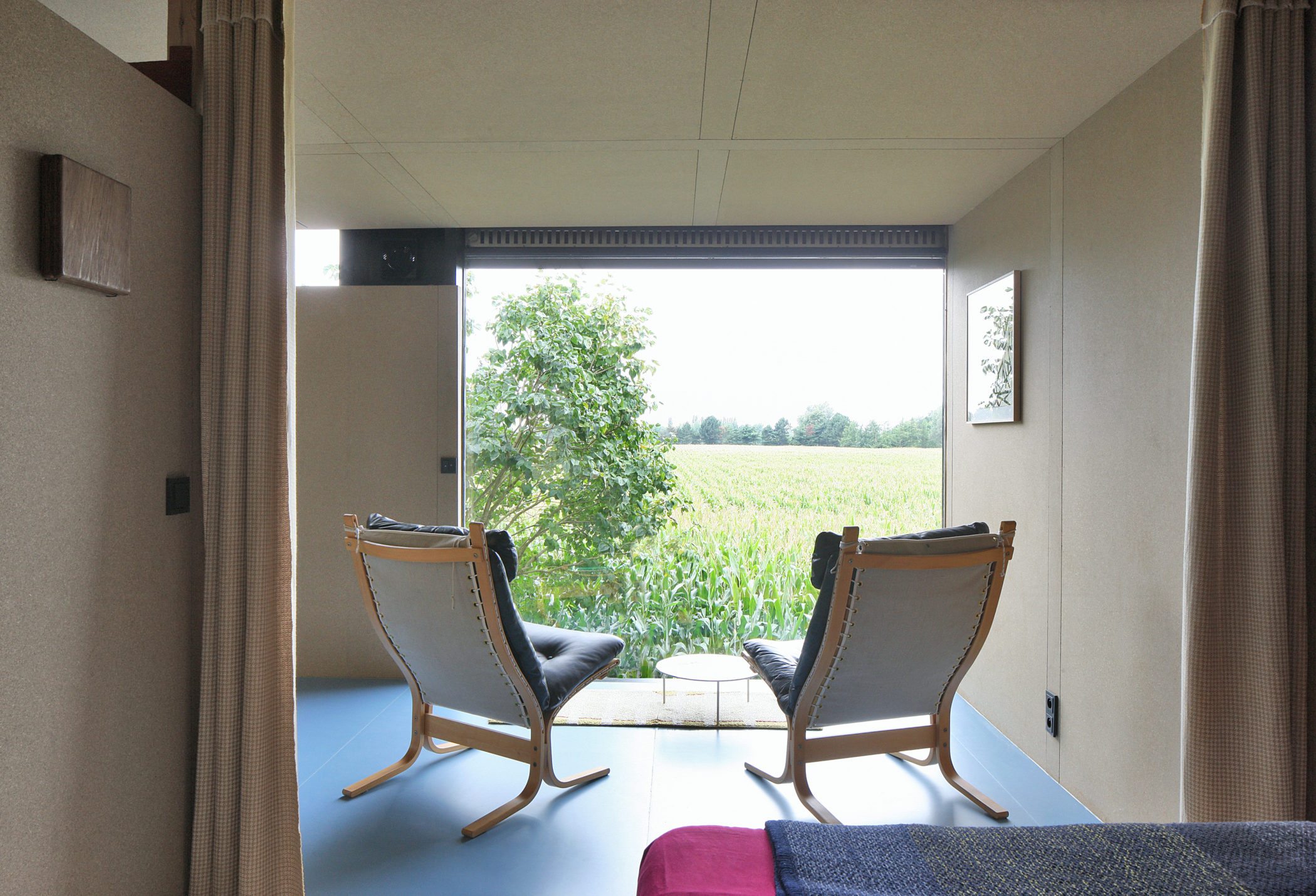 The Heyvaert house was conceived and self-built by artist-architect René Heyvaert for his brother. As a three-dimensional collage this 1950’s family dwelling comfortably overrules any formal, material or spatial convention. Brittle or experimental materiality was no obstacle for the family, on the contrary. Corrugated Scobalit, fiber board, early Ytong blocks and asbestos cement panes formed the essential ingredients for the concocted house. For Heyvaert it was essential that the house never reached a final stage. Since 1958 the structure has been altered numerous times, without losing its essential ethos an perennial qualities. Since the start of the renovation and restoration (2015) we urged the family to initiate a listing procedure. It is no secret that the house was conceived to last but one generation. However, we were and are still convinced that the Heyvaert project should give way to an ulterior reality, beyond its purely architectural ethos. The listing of the Heyvaert House (2017) is a political Trojan Horse, seen politics and administration fundamentally lack any protocol for dealing with such peculiar “recent heritage”. Everything has to be reinvented, from scratch. At present phase 2 of the restoration is planned for.